This Makes Me Sick!

Posted on January 24, 2014 by Reasonable Thinker 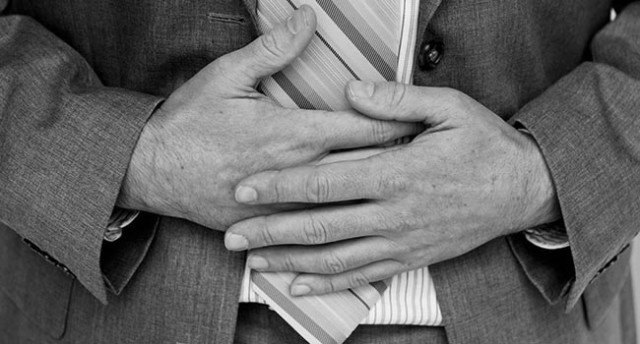 Several years ago I started feeling a bit sick to my stomach. It wasn’t a big deal, just didn’t feel too good. It passed but within a day or two I was getting that same sick feeling again.  It was more than just my stomach, if felt like it was below my stomach in my intestines, along with just feeling sort of out of it, but again it passed. Over time this sick feeling would recur and despite my eventual visits to my doctor and a specialist nothing could be found to be wrong with me. As the feeling went to being more or less random to chronic and not able to get a diagnosis I began to learn to live with what was happening and quite often could put the sick feeling and pains in my gut to the back of my mind (when the feeling was more minimal, there were times when its was to intense to try to ignore). I often felt feverish and would wear my coat at my desk at work, I was getting to the point where I felt sick all the time. The feeling soon moved deeper into my bowels and resulted in horrifying pain when I would go to the bathroom (sorry for this detail) but it would feel as if a knife were being inserted in my anus… Not that I would know what that would feel like… but its about the best description I can give for what I was going through. I was losing wait and just didn’t look well. Rumors started circulating within my job that I had AIDS (this was during the AIDS epidemic).

The pain during my bowel movements became so intense that I would become frightened whenever I would feel that I would have to go to the bathroom so I learned the less I took in the less I had to worry about coming out so I didn’t eat very much during those days, hence my weight loss. When at home when one of these excruciating toilet sessions would occur I would wail in pain and didn’t have to worry about who could hear me (although later my neighbors told me they thought it was my dog crying), I couldn’t do this while at work for fear that my coworkers would hear me so not only was I in excruciating pain but I would have to do my best to endure it silently. One occasion at my home when my mother was visiting she heard me screaming in pain and asked my partner to help me… his response was “He’s taking a shit…how can I help him?” he told me later and we both chuckled, yes, what could he do? At work in the stall during these incidents I would tense up in fear, in anticipation of the pain, both hands pressed against the stall walls and moan as silently as possible as I felt like I was dying on the commode.

Perhaps reading this it might sound quite comical, all this “poop” talk but believe me there was nothing comical about the pain I was suffering. I finally found a doctor that diagnosed me with hemorrhoids and said that some of these were internal which was why I was in such intense pain. His recommendation to me was surgery. It was scheduled for that week and he told me to stay home from work because it was obvious that I was not well, I had lost so much weight from the fear of putting anything inside because it would eventually come out I was literally starving myself. I could not wait for the surgery to remove the torturous protuberances that were causing me all this misery.  I welcomed the sleeping gas to anesthetize me knowing that the removal of the hemorrhoids would put in terrible pain during recovery but it would be worth it to not be sick all the time, what I would endure after the surgery would be temporary. Its strange to want to be able to simply go to the bathroom without being consumed by dread to the point of terror.

Later I awoke in the recovery room believing I was feeling better and surprised that anus wasn’t in more pain, after all I was just cut down there, or so I thought. I discovered why there wasn’t a lot of pain when the doctor came to my bedside and told me he could not remove the hemorrhoids because I had a terrible infection in my intestines and bowels. He told me I would need to see a gastroenterologist and left me with a referral.  After I returned home from the hospital I contacted the doctor’s office and made an appointment for a week later. I was still home from work because at this point I was in no condition to work physically. I was weak from hunger but didn’t dare eat until I absolutely couldn’t bare the pangs or felt like I was going to pass out. After what seemed an eternity I met with the doctor and he told me it was very obvious that I was ill. My partner was with me as the doctor told me he could tell just from looking at me I needed to be in the hospital but he could not treat me because he no longer had a “residency” at the hospital in my county and in fact he was closing his office here. He did nothing more than talk to me and aside from saying I needed to be hospitalized gave me a script for a cat scan, he told me to go immediately to the emergency room and give them the script, he was confident that when the doctors there saw me that I would be admitted immediately.

My partner drove me to the ER and we waited for me to be evaluated in triage which was over an hour sitting in a near empty waiting area. When they called me back I told my partner to drive into town and kill and hour or so at the stores, I felt bad for him to have to sit while I was being evaluated. When I was taken back the nurse asked me what was wrong and I told her that I was very sick… she wasn’t as sympathetic as the doctor I had just left had been, and in fact seemed irritable. She asked me curtly “How are you sick?” because as a trained nurse she couldn’t see that I was weak and gaunt and could barely hold my head up. I gave her the script and told her my doctor said I need to be hospitalized and I needed a cat scan. Well she hit the roof suddenly I was being reprimanded for the actions of my doctor. She started ranting about this being a problem for the ER’s and people who are really in need of treatment were not able to get immediate help because doctors like him were using the ER as a clinic, this after I had sat in an empty waiting room for an hour, like they we so busy at that moment. I was defeated, I stood and said “I’m sorry I bothered you” and started to leave. She said “You can’t just leave”. I told her “I don’t want to put you to any trouble, I’ll just go home and die”. She said “You can’t leave without signing a release”. I didn’t care anymore, I walked out, I truly intended to go home and die. My partner was still at the store and didn’t know that any of this had happened so I left the hospital and started walking down the highway, the middle of July, I now weight about 110lbs, down 50lbs from my normal weight of 160. I was weak and hungry as hell but there was no way I was going to be treated like a piece of garbage by a nasty nurse. I walked and just kept walking. I’m not sure how long or how far I had gone (I can only say from the Hospital to the Bob Evans which means nothing to you but to me I guess it was a mile or more) when my partner pulled up in the car behind me. When he had gone back to the hospital they told him I had left so he came looking for me. He asked me what happened and what did I want to do and I told him just what I had told the nurse as I left the hospital, that I wanted to go home and die. This might sound like a lot of drama and when I reread what I just typed it sure does to me but it was true, I was done. I didn’t know what to do anymore and I couldn’t get any help, I was weak and ready for it to be over.

When I got home I did as I said and went to bed, it was only around 2:00 in the afternoon. I picked up the bedside phone and called my mother to tell her the doctor couldn’t help me. She cried as I said to her that I was done begging me not to talk like this but by this point I had been ill and in pain for at least 2 months and I just wanted to die.  She said me “Please…” she said “Don’t do this” and I responded… “What else can I do, they won’t help me”. I don’t know how she did it but after we hung up my mother found a doctor. She called my partner and told him that she spoke to a doctor’s office and through tears pleaded with him to see me as soon as possible saying that I was literally at home planning to die. I guess hearing a mother in such desperation it tugged at their heartstrings because they told her if I were to get to the office within the hour they would see me.

I was now so weak from the days events I couldn’t even walk from our car and had to be taken into the office in a wheel chair, I just had lost whatever strength was left, I truly expected that I was dying, and I was ready. I wept as the doctor told me he was going to admit me, as soon as he saw me he said I was in a severe state. Shortly there after I was in the hospital ICU (Intensive Care Unit). I truly had been close to death, I guess even closer that I realized. I was kept in the ICU for several days, not allowed to eat solid food due to the inflammation of the infection in my intestines. I was on a diet of ice cubes and water but fed intravenously and over the days as the medication was also flowing into my veins I began to feel healthy again. I my appetite returning as I was watching the TV seeing the hamburger commercials, the milkshakes, all the wonderful foods that for the last few months I had avoided at all costs.  Suddenly I wanted to eat again.

In the end I was diagnosed with Crohn’s disease and treated accordingly. Even though I accept that diagnosis I’m really not sure this was accurate either because after I became well I stopped taking the medication they told me I would have to take continually and indefinitely to maintain my health and later when I told the doctors I wasn’t having any issues they told me I was quite probably in remission… so whatever was wrong with me… it seems to be gone now… and I hope it never returns.