Posted on December 7, 2013 by Reasonable Thinker 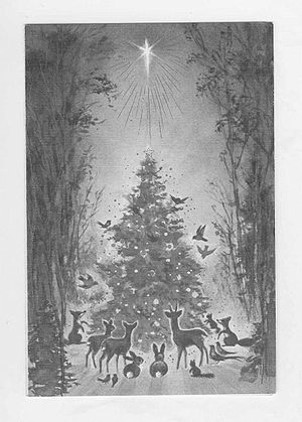 When I was young I used to love Christmas which is probably a stupid this to say because I’m sure all children love Christmas but anymore I’m finding the whole season just to be a pain in the ass.

My family was not religious so we didn’t have the silliness of Christ and other fanatical notions as part of our holiday tradition. Sure we knew that it had something to do with a special baby being born and a whole slew of wise men and animals coming to visit the child but that was only secondary to the real meaning of the holiday, to us being with family, the warmth and love we felt, and more importantly the toys on Christmas morning. (Yeah you can say the love and warmth are Christ working through us but I don’t have time for that bullshit.)

I have many fond memories of snow and Christmas trees and parties and decorating and the like. When I got older and had my own house with my partner our home became the center of those parties and this annual celebration commonly referred to as Christmas. I would send out Christmas cards, and not just a few…I sent out over 100 cards every year. I hand wrote each of them and tried to include a special message. As an Atheist the concept of reaching out to my friends and family (and acquaintances) had little to nothing to do with the “god” aspect of the season but more wanting everyone to recognize and celebrate the love and joy that so many people felt during this season… and don’t tell me that the love and joy comes from the imaginary sky being because I’ve seen how good Christians act on Black Friday.. trampling each other for the cheap TV in the name of Christ.

I rarely if ever sent Xmas cards with pictures of the miracle birth because it just didn’t (or doesn’t) stir me as much as seeing a happy Santa or Reindeer or a friendly Snowman sending their warm wishes as my representative, to me Christ has little purpose in regards to my reason for celebrating. Christmas cards were a way to say, hey… I’m thinking about you, I care about you and probably (not always) love you. Last year I didn’t send out the cards for the first time since I can remember and this year I don’t plan to send them out either.

Every year this particular holiday means less and less to me. My family is gone (dead) or I don’t speak to them, like the evil Thor my once popular brother (See “Did Thor Kill Jord?“), now a frail old man that spreads pain and misery to almost all those he comes in contact. As I mentioned, Black Friday, the phoniness of people huddled in masses in the cold on a day that was intended to celebrate our thankfulness only to trample each other to death in order to put an iPad under the Christmas tree seems to be the new true concept of this once proud Pagan celebration that Christians morphed into the birth of their one god, selfishly negating all the previously miracle birthed deities that were born on or near December 25.

I don’t feel a need to celebrate anymore, I am “NOT PASSIONATE“.  I’m beginning to think its time I stop recognizing it all together. I think its time to dispose of the massive collection of festive decorative “feldercarb” (A “Battlestar Galactica” word) that I have accumulated over the years.  I think its time to stop considering writing and sending out those once precious Xmas cards. I think its time to politely decline the numerous celebrations, parties and other such attempts to recognize this holiday, its time because it doesn’t mean anything to me anymore.

Its not just this holiday and this has nothing to do with being depressed or being Atheist.  I have proven that as an Atheist I can be just as good if not better than many Christians. I donate money to charities (many of the so called “loving” believers don’t), I give toys to the Toys for Tots campaign (again, another thing that many of my loving believers don’t do) and I worked in kitchens cooking and packaging foods for those that don’t have the ability or finances to help themselves. I’m not mentioning this stuff to get credit or recognition for what I’ve done or anything its just that many of the people that say I can’t be moral or good because I don’t believe in the fairy tale of a sky ghost have never done any of those things.  NEVER! I actually work with a man who has told me I can’t be moral because I don’t believe and therefore I’m capable of doing anything amoral. What is scary is this primitive book is the only thing that’s keeping him from murdering and raping. I just wonder what goes through his head if he believes he can’t be moral without the bible. Am I sitting next to a psychopath who is under control of his impulses just because he’s Christian?

Sure I’m not always a good person, I’ve gotten naked at parties (or at least one party, see “Just Burn the Damn Couch“) and while I regret doing that I don’t think it makes me an evil Atheist… just a drunk that did an inappropriate thing at the wrong time and place with “friends” that will never let me forget. I wrote a tribute to my mother and father (see “Inge’s Folly“) and a tribute to my recently deceased sister-in-law (see “It Dog“) and in both cases I was slammed for speaking ill of the dead.  I wrote both pieces with the utmost respect and remembrances of these wonderful people and despite my best efforts and intentions I was perceived as an ungrateful son or sour brother-in-law. So I’m sure that writing about my feelings about Christmas here will make me appear yet again as a bad or evil person when that simply is not the intent.

My waning traditions or the traditions I inherited from my family, a pseudo-form of Christianity, and simply surviving these last 50 years are not just centered around this commercial concept of joy and love we refer to as Christmas; Easter, the celebration in which a rabbit bearing gifts would come into my home as a child, which also had something to do with the miracle birth person only this time being murdered by those he saved and waking up from the dead (like a zombie? Ironically those that worship him are like brainless zombies) means nothing to me. Easter is the most stupid of all the holidays. I HATE being invited to dinners and asked to lower my head so that we can all talk to ourselves pretending that a zombie will rewards us someday after we die with eternal life…or as many virgins we can fuck for eternity or whatever… I just don’t care. Halloween is just a child’s holiday… aren’t we all adults here? Why in the world do we ask to be terrified. Well at least the movies are fun, okay the candy is good to. Oh what the hell, Halloween is not bad at all.

The IMPORTANT holidays those that should really mean more to us that anything else are practically swept into obscurity and would if it weren’t for the “Fabulous and Colossal Sales”. Thank you retailers for honoring our fallen buy discounting cars and furniture! The least important holidays are those few days when we Americans are given time to reflect on our heroes… the Veterans, Memorial Day, Martin Luther King Day… Okay we generally do recognize July 4th more so than the others mentioned but I think that’s so redneck can shoot their guns in celebration. These holidays that honor “REAL” people that have done things to better people have been reduced to a day off in the sun, these should be the days we truly celebrate, not those days we spend huddled around a gluttonous table shoveling food in our mouths, thankful that we aren’t starving the way so many others do in this world… or giving each other gifts we can’t afford in anticipation of what we will receive in return rather than what we are giving, oh and the best part of all, Midnight Mass (the only time in the entire year EVERYONE goes to church). We express more outrage at people having to work through a Christian Holiday (what about the Muslims, the Hindi, the Wiccans… the ATHEISTS!!!) than we do about those having to work on Labor Day… a holiday that is supposed to HONOR WORKING PEOPLE, real people, not fantasies.

Christmas is the only “Religious” holiday observed by our governments, the ones that are supposed to keep the church separate and away from state, no body defends the founding father’s concept of this separation, they are too busy misinterpreting the intent behind the right to bear arms but that’s another issue all together.

So many are going to take this posting as the ravings and ranting of an evil Atheist. Some might think I have a point, whatever or however you interpret this (and if I know my good loving Christians I will be attacked… attacked as if I were posting on Facebook) there will be at least one an attempt to make a good hearted expression of my perception into a way to make me PERSONALLY feel like I am a bad person despite the many others that feel this way or play a Facebook game only to be singled out as if they (or I) were the only participant or non-believer…. or whatever…. just know that this is not an attempt to be an evil Atheist, my non-belief is as important to me as your belief and as much as I would like to feel the magic of these holidays and traditions they are no longer an important part of my journey through this one and only life.